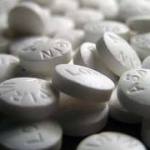 Doctors are still recommending a daily dose of asprin to those with cardiovascular and stroke problems, saying that ‘it’s gentle, it’s safe, it can’t do any harm…’ And yet the same properties that make asprin work in stopping blood from clotting, also cause unwanted side effects such as stomach bleeding, bleeding in the brain, kidney failure and strokes.

There have been regular warnings about asprin, and in the past 2 years especially, more and more studies have shown that regular asprin use is not good for you. Infact the risks associated with asprin therapy are starting to outweigh the tiny benefits that it has to offer.

Asprin has been shown to increase the risk of gastro-intestinal bleeding and in combination with warfarin or alcohol the risk is greatly increased. People with kidney disease or gout should not take asprin as it inhibits the kidney’s ability to excrete uric acid and therefore exacerbates the conditions.

Asprin can cause angioedema (swelling of skin tissues) in some people and cerebral micro bleeds which often occur prior to a stroke.

According to Francoise Lubbe, UK editor of Health Sciences Institute News letter, using asprin as a hangover preventative can cause liver toxicity, because the combination of alcohol and asprin puts alot of stress on the liver.

In another study, using the combination of Plavix and asprin (blood thinning drugs) that they hoped would reduce the risk of a second stroke in those people who had already had one, but infact it caused more bleeding and higher mortality.

In America they combined Plavix and asprin for people with cardiovascular risk factors. They hoped that stroke and heart attack risks would be lower than if they took only one of the drugs. However there was no benefit and the heart disease death rate almost doubled among those that took both drugs!

If you have heart disease risk factors such as high blood pressure, high cholesterol, diabetes and obesity your Dr is quite likely to recommend an asprin a day. If it was me I would think twice about it and just keep in mind the latest research. At the university of Sydney they have found that regular use of asprin can more than double the risk of age related macular degeneration.

Your body is not lacking asprin, there are so many natural ways to keep the blood flowing which do not have major side effects. Blockbuster is a wonderful supplement that contains serrapeptase an enzyme that helps to clear blood clots, cysts, arterial plaque, reduce inflammation and help to prevent strokes. It also contains strong antioxidants, vitamin K2 and nattokinase an enzyme that helps the blood to flow.

However if you are taking any other blood thinners, do not take Blockbuster.