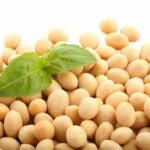 We have all been told, and we know, that eating fibre helps prevent all kinds of problems, but have you heard about IP-6 fibre? Recently research has shown that this dense fibre may be put to use in the fight against breast, prostate and colon cancer.

For some time studies have shown that getting enough dietry fibre helps in the following ways:
<tableborder=”0”width=”100%”>

•Lowers cholesterol/risk of heart disease – the fibre latches onto the LDL (bad cholesterol) fats in your food and takes them out of the colon before they have a chance to be absorbed into the blood stream.
•Helps to detox the body – the fibre latches onto any toxins in the gut and moves them out of the colon before they have a chance to get into the blood stream.
•Normalises intestinal activity – for a bowel to work properly it requires fibre to bulk up the stools to encourage the peristaltic movement. This is useful in diseases such as crohn’s disease, diverticulitis and irritable bowel syndrome.
•Stabilises blood sugar levels and cuts down the risk of diabetes – fibre slows down the absorption of glucose from your food into your blood stream. A high fibre diet can help to manage diabetes and insulin resistance.
•Maintains bowel health and cuts the risk of disease – fibre prevents constipation which in turn causes all sorts of other problems including diverticulosis.
•Fights obesity – enough fibre in your diet will give a sense of fullness and dampen your appetite. High fibre foods typically have less fat/calories, so you absorb less. Stable blood sugars also prevent hunger pangs.


So, we have established that fibre is good for you, but certain sources of fibre contain IP-6 (inositol hexaphosphate or phytic acid), which has other disease fighting potential.

A study from the University of Colorado cancer centers recently revealed that a diet high in IP-6 containing fibre could prevent the spread of prostate cancer in early diagnosis. The researchers were reviewing the rate of prostate cancer spread in Asian men versus Western men and they found that although the rate of getting prostate cancer was much the same, in Asian men there was far less of an occurrence of the spread of the disease. The difference between the two cultures was the amount of IP-6 in their diet. In Asian men they consumed a greater amount than Western men. They found the same in mice, in that those that were fed a diet with more IP-6 fibre had far less spread of the disease!

IP-6 is a significant antioxidant that blocks free radical damage and The American Cancer Society cites studies in which IP-6 fibre was found to either reverse or slow down the growth of breast, prostate and colon cancer.

So, where do you find this fibre?

The best sources are wheat bran, peanuts and soya beans, and they have a high content, also barley, rye, corn and oats, black beans, chick peas, mung beans and lentils that have a moderate content.

Including fibre from a variety of sources in your diet is important for maintaining good health, and Dr Mark Rosenberg M.D. feels that it would be a good idea to include at least one serving of a high IP-6 source food every day. This could be ½ a cup of wheat or oat bran cereal, ¼ cup of peanuts as a snack, ½ a cup of chick peas and lentils or ½ cup of soya beans, black beans or mung beans.

Don’t forget your fibre, it is a really easy way to help prevent those nasty cancers.