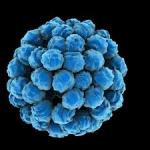 I am not sure that we will ever get a summer this year but it has got a little warmer and it’s a time when I hear alot of people say to me that they have their usual ‘summer cold’! I am always a little sceptical that it really is a cold, and I believe that most are caused by ‘allergies’/sensitivities and more especially ‘mould’ allergies.

England is a very damp island and when the temperatures rise just a little bit, moulds that were dormant during the cold winter, come to life and ‘bloom’ into surrounding environments spreading spores and wreaking havoc with the health of those with a mould sensitivity. Having been testing for sensitivities for over 30 years I have found that that population is quite high.

There are many different species of fungus, and mould spores can be found just about anywhere, especially in damp, humid and warm environments. However in those places where there have been floods the water-damaged buildings are an increasing problem. Many people are particularly susceptible to Black moulds found in wet basements and other water-damaged buildings, and it affects them through their lungs and/or their digestive systems.

Symptoms of mould sensitivity can resemble other illnesses such as chronic fatigue and fibromyalgia and the symptoms may include:

It is important to avoid moulds as much as possible so if you have it in your house it needs to be treated and removed. However it is not so easy to avoid it completely because it is around us all the time in the environment, especially in our gardens, parks, golf courses with mats like real grass, woods and fields.

You can help yourself more by avoiding food stuffs that are similar to ‘moulds’ in that they are fermented, such as yoghurt, cheese, sour cream, buttermilk, and synthetic cream. Also tofu, tamari, soya sauce, vinegar and anything that has vinegar in it such as mayonnaise, pickles and mustards. Mushrooms and quorn are fungal, and be careful with dried nuts and seeds, and dried fruit.

Here at The Wyndham Centre I will test you for food sensitivities in general, because with any sensitivity it is important to unload your immune system to allow it to cope with whatever else is thrown at it. So if you remove foods that you are sensitive to, and there will be some, your body can cope better with the airborne allergens.

If you have a mould problem you can be desensitised, and I use the ‘Miller technique’ which is a homeopathic treatment where there are 30 different potencies of mould. I will then test you on the vega machine to find out which potency is the correct one for you and you then take drops under your tongue of that potency. It is rather like having a vaccination against moulds on a daily basis!

Richard Shoemaker M.D a leading mould-toxicity expert and author of several authoritative books on the subject, suggests that it’s not necessarily just a mould or related fungal infection that aggravates symptoms, but rather, the bio-toxins these organisms produce. The bio-toxins are able to travel throughout the body and wreak havoc on the nervous system, joints, immunity and other parts of the body.

Therapies that help to remove bio-toxins from the body include Vitamin C in reasonably high doses, and Alpha-lipoic Acid.

Vitamin C is one of the safest and most effective nutrients. It is an antioxidant and therefore protects cells and their DNA from damage and mutation. It supports the body’s immune system and acts as a natural anti-histamine. It destroys harmful free radicals that damage cells and can lead to cancer, heart disease, cataracts, and perhaps even aging. Vitamin C rejuvenates its cousin antioxidant, Vitamin E.

Linus Pauling won the Nobel Prize for his work on Vitamin C and he recommended mega doses. We are one of only a few mammals that do not produce our own Vitamin C and most mammals produce 8 grams a day! In my opinion, 500mg is the minimum dose to maintain good health but if you want to work on a problem it is important to have much higher doses and I take 4 grams a day (4,000 mg) just to keep healthy!

Alpha-Lipoic Acid is another antioxidant that is made in the body and is both water and fat soluble so it can go everywhere in the body and even cross the blood-brain barrier, soaking up free radicals. It can also regenerate other antioxidants in the body such as Vitamin C, E, Glutathione and CoQ10. Alpha-Lipoic Acid is found in its highest concentration inside the mitochondria, providing support in times of oxidative stress, and removing bio-toxins.

So if you often find you have a ‘summer cold’ around this time of the year, maybe consider a mould sensitivity.