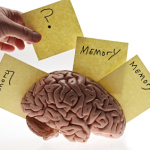 If you have a friend or relative who is losing their memory you will know how distressing it is.  The number of times you have the same conversation, you answer the same question and you repeat the same story.  It is not easy, but you do not have to do it alone. There are home health care professionals that can help. Alternatively, you can look for memory care assisted living near Queen Creek and you will find several options.

So if you feel that your memory is not what it should be a simple vitamin pill, research has shown, could prevent you getting any worse.

Oxford University researchers are behind the study, and working with colleagues in Norway they recruited 270 elderly patients receiving home care, and observed to have been suffering from slight memory lapses. This is more technically known as Mild Cognitive Impairment, or MCI.

As we age the brain shrinks naturally, and speeds up the memory loss which eventually could lead to Alzheimer’s.  At present 800,000 people in Britain suffer with Alzheimer’s or some form of dementia.

The breakthrough research centres on a compound known as homocysteine which is naturally made in the body, but high levels are linked to memory loss, Alzheimer’s, and cholesterol.

B vitamins are known to break down homocysteine and so the research looked at whether taking B vitamins would help to improve memory loss.

In the trial half of those taking part took a Vitamin B tablet that contained high doses of Vitamin B12, B9 and B6.  They took one a day for 2 years and the others took a dummy pill with no active ingredients.

Brain scans were carried out to check if the B Vitamins reduced the shrinkage of the brain and it was found that, on average it reduced the shrinkage by 30%.  In those with the highest amount of homocysteine in the blood at the start of the trial, it halved the brain shrinkage!  This is such a simple and safe way of delaying memory loss and Alzheimer’s and protecting the brain.

So what is homocysteine?

It is an amino acid derived from the normal breakdown of proteins in the body.  Too much in the blood can lead to inflammation and damage to the arterial walls, which then goes on to cause damage to the brain.  The way the body heals the artery wall is with cholesterol, but too much can then go on to cause narrowing of the arteries and heart disease.

The answer is to take B6, B9, and B12, but haven’t we got enough in our body already to breakdown the homocysteine?

B vitamins are water soluble and dispersed throughout the body.  Any excess is removed from the body in the urine so it is really important to keep replenishing them on a daily basis.

B vitamins are found in unprocessed foods and particularly concentrated in meat such as turkey and tuna, in liver and meat products. Other good sources include whole grains, potatoes, bananas, lentils, chili peppers, beans and yeast.

Unfortunately there are certain commonly prescribed drugs that deplete Vitamin B12, B9 and B6 and these include oral contraceptives, HRT, Metformin an anti-diabetic drug, and some hypertensives, so if you are taking any of these it is vital that you replace with a daily B complex.

If you would like to help prevent memory loss and Alzheimer’s and want to start taking your daily B6, B9 and B12 vitamins, go to our shop and buy them there.

You can also have your homocysteine levels checked.