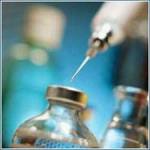 It’s the time of year when everyone, especially the elderly and those more prone to illness are being told to go and get their flu vaccine to protect them against the flu. But does it really protect us, or are the side effects outweighing any benefits (if there are any)?

For some time there has been a question mark around its effectivity, but now it may not just be the cost of a waste of time going to get it, but it may also be making you unwell due to serious side effects.

Health officials keep telling us that it is perfectly safe but something that causes the disease that it is designed to prevent, and other symptoms too, does not seem ‘safe’ to me!

The British Columbia Centre for Disease Control have just release a new double blind study using ferrets, because of their human-like susceptibility to colds and the flu. In the study Dr Danuta Skowronski administered the flu vaccine to the ferrets. The results didn’t just show that the vaccine was ineffective, it also showed that the ferrets that received the vaccine became significantly sicker that the other animals!

There have been numerous other studies on the vaccine and the chemicals in it and they all confirm some serious side effects.
So what else is in the flu vaccine that you are putting into your body?
a. Aluminium – it has been a known neurotoxin for over 100 years and in the last few decades has been linked to Alzheizmer’s disease.
b. Antibiotics – usually used for bacterial infections so not sure why they put it in a flu vaccine which is viral. Taking antibiotics when you don’t need them encourages your body to build up a resistance to them, allowing further infections to grow even more.
c. Formaldehyde – a preservative used in mortuaries and medical laboratories and known to cause cancer.
d. Monosodium Glutamate (MSG)– found in Chinese food, canned vegetables and soups and even processed meat. It is an excitotoxin that causes neurons in the brain to become over stimulated, and may cause brain lesions. Many people suffer headaches and migraines after a flu vaccine which could be caused by the MSG.
e. Thimerosal – a methyl mercury compound. Mercury is one of the most toxic poisons and has recently been banned from being used in fillings throughout the whole of Europe and the UK. It attacks the nervous system leaving you permanently disabled!

There has been huge investment to develop the flu vaccine and all the money has gone to the large pharmaceutical companies!

My advice? Don’t have it! Why have something that is not going to protect you and is quite likely to make you ill? There are many natural ways of preventing the flu such as taking Vitamin D, vitamin C, garlic and Zinc which all help to boost your immune system. Wash your hands frequently, avoid sugar as it suppresses your immune system, and eat lots of fresh fruit and vegetables especially green ones. Drink plenty of water, exercise and breathe deeply.

I will say no to the Flu Vaccine!