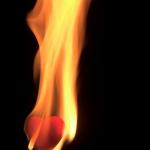 A recent report on five studies, appearing in the Archives of Internal Medicine, has some news that ‘proton pump inhibitors’ (PPIs) which are drugs such as lansoprazole, omeprazole (losec), pantoprezole and rabeprazole can cause some serious side effects.

One of the studies followed 161,806 women between 50 and 79 for eight years. Researchers found that women who took the drugs were at a greater risk for fractures, especially of the hips, spine and wrist.

Back in 2007, some research was published in the Journal of the American Medical Association. It compared the use of proton-pump inhibitors (PPIs) in 135,000 subjects without fractures and more than 13,500 subjects who had fractured hips.

Results showed that subjects who used PPIs for more than one year had an increased risk of hip fracture by 44 per cent, compared to subjects who didn’t use PPIs. High doses of the drugs were also linked with greater fracture risk.

Two other studies uncovered a link between PPIs and a deadly bacterial infection. One study found a 74 per cent increase in cases of infections with Clostridium difficile, a sometimes-deadly cause of diarrhoea, and usually kept under control by stomach acid, among people using PPIs on a daily basis.

Dr. Mitchell Katz, director of the San Francisco Department of Public Health, in the US, even went so far as to say that a full 60 to 70 per cent of people who take them probably don’t need them. However the mainstream press is quick to say “the drugs are a great help to the right patients.”

So what happens now? Are they removing them from the list of drugs for heartburn? I doubt it although there is further very convincing evidence to show that these drugs actually contribute to the problem of heartburn and other stomach woes. Absorption is the most likely problem. PPIs are believed to interfere with calcium absorption, and may also reduce the natural process that constantly renews the structure of bones.

The risk is high and there are so many other natural remedies that you can take for heartburn. Why not try one of our digestive enzymes and some probiotics to improve the gut flora.

It isn’t acid that’s the problem (you need it desperately for digestion); it’s if the acid reaches the oesophagus.

Proper digestion allows for higher concentration of acid while tightening the gastro-oesophageal junction and protecting the oesophagus. The best way of helping to do that is by using enzymes that include betaine hydrochloride, a plant-based form of acid. You will find this in Nutrigest.

Other plant based digestive enzymes are Catalyst U which has an acid/alkaline balancer, or Similase that have all been very helpful helping relieve the symptoms of indigestion and heartburn.

Posted in:
Tagged with: