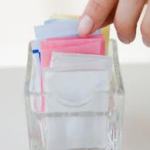 Do you use artificial sweeteners in an attempt to control your weight? Well evidence is growing that they may not be the healthy option that we think they are! Aspartame (nutra-sweet) could actually contribute to insulin resistance as well as being linked with brain and nerve damage and increased risks of multiple sclerosis, dementia, epilepsy and Parkinson’s disease. Now another popular sweetener, sucralose (which is marketed as Splenda), has come under suspicion.

Up until now the official line from the authorities that be, has been that artificial sweeteners are safe to use for people with diabetes because they contain no carbohydrates and so do not affect the blood sugar levels. However a new study from Washington University School of Medicine in the USA, has revealed that sucralose could change the way your body handles sugar.

This small study involved 17 severely obese people who did not have diabetes and did not use artificial sweeteners regularly. They were given either plain water, or water with sucralose added. 10 minutes later, they were given a large dose of glucose and their blood sugar and insulin levels were measured before the test and then at regular intervals. Each participant was tested on two separate occasions, once with water and once with the sucralose drink.

The results showed that both blood sugar and insulin levels peaked around 20 per cent higher when sucralose was ingested before the glucose. Do you know that with cash for test strips and get a prepaid shipping label emailed to you in minutes 24/7 and get a instant quote.

So why should sucralose have this effect, when it contains virtually no calories or carbohydrates? Well, recent animal studies have shown that there are similar ‘tastebuds’ to those in the tongue, in our gastro-intestinal tract and our pancreas, where they also detect sweet food and drink. When receptors in the gut are activated by artificial sweeteners, the absorption of glucose from foods increases, and when those in the pancreas detect sweetness, they trigger an increased release of insulin. This means that sweeteners such as Splenda are upsetting the natural blood sugar control mechanisms and therefore adding to the problems of being overweight. The best advice now, is to avoid sugars and sweeteners in order to keep your blood sugars even.

Splenda is an artificial sweetener, despite advertisements stating “Made from Sugar, so it Tastes like Sugar”, this is just to confuse you. Splenda is not natural and contains no elements of natural sugar and this was confirmed by a study recently at the University of Duke.

Not only is sucralose a heavily-processed, chemical, artificial sweetener, but it’s also damaging to your gut health. It suppresses beneficial bacteria and interferes with the bioavailability of nutrients in the gut, which goes on to affect every other aspect of your health. Over 80% of your immune system finds its home in your gut and these damaging effects occur at doses that are approved by the FDA for use in food supply.

Many people say to me that they can’t give up sugar. However it is not that hard, and I know because I have done it. Your taste buds renew themselves every 2 weeks, so if you can keep off sugar for the first 2 weeks you are unlikely to crave it so much afterwards. Those 2 weeks may not be easy but the end result is worth it! If you feel that that is really too difficult you can reduce your sugar levels more slowly:
• start by cutting out one sweet food from your diet each week – e.g. stop eating desserts after dinner
• eat low carbohydrate snacks such as nuts and cheese and low sugar fruits such as berries
• reduce the sugar you add to tea, coffee and cereal, you will find that you won’t need it soon
• follow a low glycaemic diet

Diabetes appears to be modern medicine’s biggest failure. It has been spreading like wildfire for more than three decades. Yet, doctors have still been unable to ‘crack the diabetes code’ with their pharmaceutical drugs and dietary advice.

Stick to a natural food diet with lots of organic fruit and vegetables, a little organic fish and chicken, and low glycaemic carbohydrates. Cut out all processed food and sugar and you will definitely feel so much better.