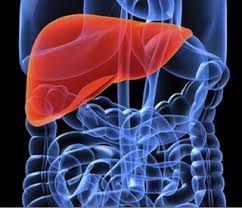 So, you’ve just finished ‘Dryanuary’ (or some other form of post-Christmas ‘detox’). How did it go for you? Did you make it all the way through? Are you feeling rejuvenated? Energised? Brimming with wellness? Were you queuing outside the pub on the 1st Feb? However you handled it, chances are that you made some kind of resolution to ‘detox’ during January, with a vague idea that cutting the bad stuff from your diet would clean out your body, leaving you healthier. To be fair, you’re not wrong – but the science and the perception of ‘detoxing’ do differ in some crucial aspects. The whole concept centres around your liver – a quite remarkable organ, which self-heals if given the chance. Let’s take a closer look.

Your liver is an amazing organ, which plays a number of important roles within the body. It converts nutrients into useable substances, it stores these nutrients, it supplies cells with nutrients as and when needed, it ensures that toxins are safely eliminated from the body, and it converts other toxins into less harmful substances. It also fulfils a number of other hormonal and digestive functions. For the purposes of the ‘detox’ conversation, its role in converting and eradicating toxins is the most pertinent (although it is worth noting that overindulging in the wrong kind of calories can put strain on your liver, causing it to store too much and develop ‘fatty liver disease’).

Your liver, under normal circumstances, is capable of dealing with toxins like alcohol extremely efficiently. It’s well capable of dealing with a little bit of boozing every now and again. However, if you make it work overtime to deal with alcohol, and make it do this a lot, there’s a chance that it will become inflamed. Think of it like a machine – the harder you make the machine work, the hotter it gets. Your liver is the same. Making it work too hard to eliminate alcohol will cause inflammation, which can, over time, cause cell death and scarring. Simultaneously, alcohol within your liver produces a chemical called acetaldehyde. In small quantities, this won’t harm you, but in large amounts, over time, it will damage and scar your liver. There is no way to ‘detoxify’ the liver – the liver ‘detoxes’ and heals itself quite naturally (more on that in a moment) – but the less one consumes toxins like alcohol, the more chance the liver has to reduce swelling and repair damage done to itself. Of course, if you are a serious, heavy, potentially addicted drinker, it is probably a good idea to seek medical advice before cutting down on alcohol.

Your liver is capable of regenerating itself if given the chance. It’s so efficient at this that it can regenerate its entire mass from as little as 25% remaining. However, it is unable to regenerate if thickly scarred, which is what happens in cases of cirrhosis. In general, if you eat reasonably healthily and drink moderately, your liver won’t require much regeneration. A couple of weeks to a month without toxins should be ample to get your liver back up to a fit level. There are few things you can do to actively help your liver through the detox and regenerate process (although there is a little evidence to suggest that things like dandelion root and milk thistle can ‘sweep up’ toxins, thus preventing them from hitting your liver in the first place). The best way you can ‘detox’ your body is to simply stop consuming toxins, and give your liver a free run to clear out existing toxins and regenerate itself. So, eating plenty of fruit and veg, and drinking plenty of water is key, but it’s arguably what you don’t consume rather than what you do consume which makes the difference here. Avoid alcohol, junk food, sugary treats, and fizzy drinks, and you’re well on your way to a decent detox. Sadly, much as we’d all love a magic pill which cleanses our bodies and fixes our livers, this is one area which really is just a case of letting the body do its own thing unimpeded. Anyone who sells you magic ‘detox’ pill is probably, sad to say, selling you a placebo.

Is It Worth It?

Is suffering the deprivation for the sake of a fit liver worth it? In a word, yes. A healthy liver means a ‘cleansed’ body, which means more energy, a better metabolism, a clearer complexion, less stress, and a general improvement in overall functioning. It’s amazing what you liver does for you, and amazing the difference a healthy liver can make. If, however, you are experiencing the symptoms of poor liver health, it is definitely a good idea to seek medical help. A list of liver disease symptoms can be found here.