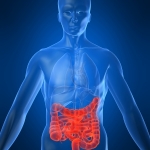 Researchers from McGill University found a link that ties vitamin D to Crohn’s disease, according to a report published in the Journal of Biological Chemistry.

It found that people who live in northern countries where they receive less sunlight are more prone to developing Crohn’s disease. Initial research was conducted to determine the nutritional supplement’s affect on cancer, however, when scientists examined the results it kept pointing to the immune system, and they decided to look at other options.

The researchers were quick to point out that siblings of victims of Crohn’s disease that haven’t noticed symptoms yet should consider looking at their vitamin D levels as it may be a way to treat the ailment before it starts.

“This discovery is exciting, since it shows how an over-the-counter supplement such as Vitamin D could help people defend themselves against Crohn’s disease,” said researcher Marc J. Servan. “We have identified a new treatment avenue for people with Crohn’s disease or other inflammatory bowel disease”.