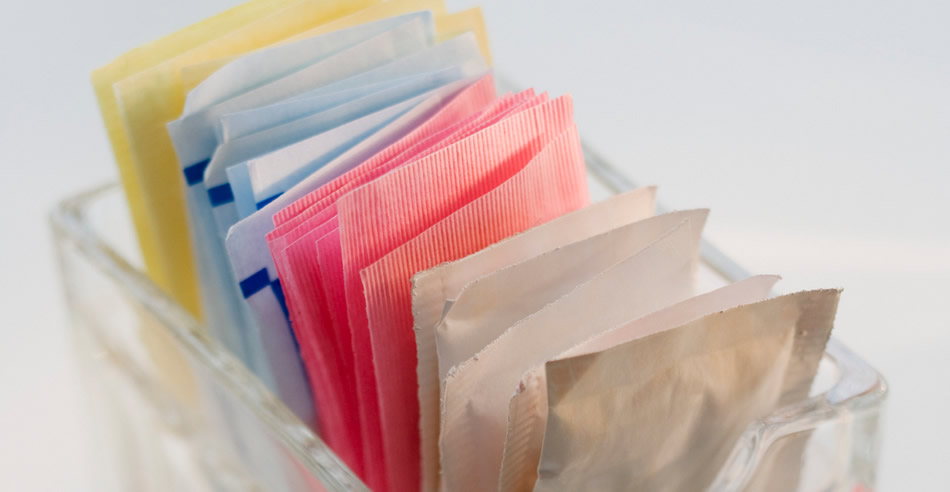 If you have read my Health policy blog you will know how much I go on about the bad, and often dangerous, effects of sugar on your body. It may be the single biggest threat to your health and the problem is that not many of the sugar substitutes are any better.

A team of researchers in Israel found that artificial sweeteners are just as dangerous. They may raise your risk for diabetes and obesity, just like sugar does. But it isn’t limited to blood sugar spikes. The researchers looked at how these sweeteners affected both humans and mice and in one human study they found that long term use led to weight gain, higher fasting blood sugar levels and greater abdominal obesity!

They then gave these sweeteners to seven people who had never had them before and in under a week more than half of them had major increases in blood sugar levels. The researchers then went on to mice and gave them either water sweetened with artificial sweeteners or sugared water, and there was also a control group that got plain water. They found that the mice drinking the water with sugar or artificial sweetener developed glucose intolerance. But the mice drinking plain water did not. So both the sugar and the sweetener raised the mice’s risk of diabetes.

The researchers also found that the mice drinking the sweetened waters suffered significant changes to their gut flora, which suggests that the real damage from these sweeteners come from harming your good gut bacteria.

Many of us think of our gut as just a place for digestion to take place but infact it is so much more, it is your ‘2nd brain’ and a home for 80% of your immune system. In your gut there are a hundred trillion living bacteria, known as probiotics, that in the right balance maintain your immune system to protect your health and also help with good digestion and fat loss.

There are more than 200 studies linking inadequate probiotic levels to more than 170 different health issues, including obesity and weight gain. Virtually every study performed on the obese population analysing gut bacteria found that they had an imbalance, more bad bacteria than good, the healthy ratio being 85% to 15% or 9 to 1 good bacteria to bad.

It is lifestyle and environmental factors that alter the bacteria ratio including such things as exposure to sugar, sweeteners, processed foods, alcohol, fertilisers and pesticides, pollution, antacids and antibiotics. It is not always easy to avoid all that but one thing that you can do is to take a probiotic supplement that will put all the good bacteria back into the gut and balance the flora.

So, even at low doses, sweeteners like Splenda can upset your metabolism. One study found that people who had Splenda before eating sugar had a 20% higher insulin and blood sugar response. And this was in people who didn’t use it regularly. I wonder how high their levels would spike if they were consuming the sweeteners every day. In reality artificial sweeteners are just as bad as sugar and if you are using them more than you would ordinary sugar because you think that they are healthy, they could be even more dangerous.

Aspartame is known to raise your lymphoma risk by 30% over two decades and splenda may be even more carcinogenic.

It is best to avoid it all – go sugar and sweetener free!