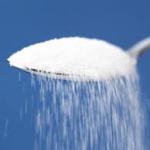 I am beginning to realise the real poison that sugar is. It has become a daily consumer product because it is in every processed food that we eat and we also add it to make things taste ‘nice’. No wonder we are getting fatter and fatter as a nation! Did you know that in the 20th century sugar was a condiment and infact they consumed very little of it in those days.

I have written before about the health problems that can be caused by sugar but here I am going to tell you about the effect it can have on your bones!

Studies have shown that consuming large amounts of sugar causes an excessive increase in urinary calcium excretion, both in healthy subjects and in those who were prone to kidney stones. The reason for this is that sugar is a very acidifying food.

High cortisol levels also have a negative impact on bone health. Cortisol is the hormone produced when you are stressed, but in a study by Dr Yudkin a British physician and sugar researcher, he found that eating too much sugar increased cortisol levels. His findings were later corroborated by a study on hamsters where even with adequate calcium intake they developed osteoporosis on a high sugar diet.

The sugar that I am talking about here is the processed and refined sugars such as sucrose and high fructose corn syrup. Fruits contain sugar, fructose, but they are also rich in fibre which slows down the release of sugar molecules.

So, if you want to have good healthy strong bones then I suggest you cut out sugar! It’s not so hard to do, you can retrain your taste buds. They are replaced every 10 -14 days so once you start to reduce your sugar intake your taste buds won’t remember that you used to like sweet things!

Something to try instead of sugar is Truvia. This comes from the Stevia plant native to Paraguay and grown in parts of South America and Asia. The key sweetening agents are stevia glycosides, of which there are 10 in the stevia leaf. Only one of these, rebaudioside A, or rebiana, has sweetness without bitterness or a metallic taste.

Rebaudioside has to be extracted from the plant using a water-only process while food grade ethanol is used to further purify the extract into rebiana (in a process similar to how vanilla essence is extracted).

Rebiana has zero calories, does not cause tooth decay, and is safe for use by people with diabetes. It is also heat-stable, meaning that it can be used in some forms of cooking.

Truvia and Stevia are found in supermarkets and well worth using instead of sugar….go try them!