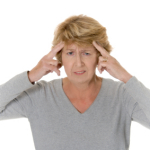 It can be very frustrating and debilitating to have ‘ringing in your ears’ non-stop. You can’t sleep. You can’t read. It’s difficult to concentrate on anything.

It is called ‘tinnitus’ and doctors just don’t seem to be able to do any thing to cure the problem. Sometimes cleaning out ear wax helps but very rarely. They may say you’ll get used to it eventually or even that you just have to learn to ‘live with it’. Some may suggest it could be caused by listening to loud music or working near noisy machinery for a long time.

But there are other causes of tinnitus. Taking antibiotics, having chronic ear infections, even food or airborne allergies can cause the disorder.

And there are things that you can do that may make the ringing stop. There are some natural remedies you can try.

Another review of studies says taking ginkgo for one to three months has a significantly greater reduction and speedier relief.

Even Germany’s Commission E, which regulates supplements, officially endorses ginkgo as a treatment for tinnitus. It is recommended that you take 80 mg three times a day.

It is recommended that you take 50 mg of the ubiquinol form of CoQ10. The ubiquinol form is 8 times more powerful than regular CoQ10. It’s more absorbable so it keeps your blood levels high.

Food allergies can sometimes cause tinnitus. You can have a test to find out which foods your body cannot tolerate. Here at the Wyndham Centre we use the Vega machine to test for your sensitivities. It is based on bio energetic medicine and is a very simple way of finding out what your intolerances are. The results are instantaneous and we will advise you on a diet that, by eliminating certain foods could help to reduce, or even clear, your tinnitus.