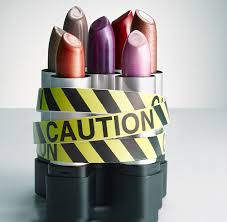 I have mentioned in a previous article about chemicals in our cosmetics but I want to reiterate it here because it is really so important that you understand what you are putting on and into your body and what it can do to you.

Almost 13000 chemicals are used in cosmetics and only 10% of them have been evaluated for safety. In the USA cosmetics are regulated by the US Food and Drug Administration but they don’t often exercise their authority. Here in the UK a company has to comply with The European Cosmetics Regulation 1223/2009, but it is up to the company to do that! So when you use deodorant, shampoo, body lotion or moisturiser you are taking a chance that you are applying harmful toxins to your body even if the product claims to be non-toxic and safe.

The average woman uses 12 personal care products and cosmetics on a daily basis and these contain 168 different chemicals according to the Environmental Working Group (EWG). Men use fewer products but are still exposed to 85 chemicals and teenagers use approximately 17 products and so are exposed to even more chemicals. The EWG tested teenagers to find out which chemicals from the products used were found in the body and they found 16 different hormone altering chemicals!

In a study of more than 31,000 women in the US, those with higher levels of chemicals in their body were found to experience menopause 2-4 years earlier than those with fewer chemicals. An early menopause is associated with an early decline in ovarian function leading to early development of heart disease and osteoporosis.

Many of the chemicals mentioned in the study have already been linked to health risks, including cancer, metabolic syndrome, and early puberty.

Some of the most toxic chemicals found in many personal care products and cosmetics include:

Parabens has been shown to mimic the action of the female hormone eostrogen which can drive the growth of breast tumours, and a study published in 2012 suggested that parabens from antiperspirants and other cosmetics appear to increase the risk of breast cancer.

They looked at where tumours were appearing and found that there were higher concentrations of parabens in the upper quadrants of the breast and axillary area where anti-perspirants were usually applied.

Other cosmetics that contain paraben are hair products and lotions.

Sodium Lauryl Sulphate is used in many industrial cleaners as well as thousands of cosmetics. It is a surfactant, detergent and emulsifier. And due to its ability to ‘soap’ up the products it is used in most shampoos, shower gels, toothpastes, soaps, cleansers, laundry detergents. Also hair colours and bleaching agents, make-up foundations, bath oils and bath salts. As explained by Touch Up Laser another big problem with Sodium Lauryl Sulphate is that in the manufacturing process it becomes contaminated with 1,4 dioxane, a carcinogenic byproduct.

Phthalates are plasticising ingredients that have been linked to birth defects in the reproductive system of boys, and lower sperm-motility in adult men, among other problems. Be aware that phthalates are often hidden on shampoo labels under the generic term ‘fragrance.’

Methylisothiazolinone (MIT) is a chemical used in shampoos to prevent bacteria from developing and can affect the nervous system.

Toluene is made from petroleum or coal tar and found in most synthetic fragrances. Chronic exposure is linked to anaemia, lowered blood cell count, liver and kidney damage and can even affect a developing foetus.

Have a look at my other article for further information: Toxic Chemicals in our Cosmetics

So what can you do to avoid these chemicals and look after your body. One of the companies that I use for my skin care is totally organic, vegan, and cruelty free and you could almost eat the products. They are so luxurious and smell out of this world!

The other company I use also has some wonderful products all chemical free, and great for different skin types.

Do beware of products boasting ‘all natural’ on their labels because they can still have harmful chemicals. Remember your skin is your largest and most permeable organ and anything that you put on your skin will end up in your blood stream and be distributed around your body. The chemicals then accumulate over time because you do not have the enzymes to break them down and the liver has to deal with them. However if you have 168 different chemicals the liver will struggle and it won’t be able to detox the body as it should, resulting in toxic build up and ill health.

If you would like to know more about the products that are chemical free, straight from nature and quite beautiful, ring the centre to find out when the next ‘pamper’ evening is on 01462 893586.